Shipshewana, IN — The Indiana Spring Classic has quickly become a favorite show of many competitive midwestern barns and Stone Ledge Farm is no exception! Held at the beautiful Shipshewana horse complex the second week of April, we enjoyed being judged by Mr. David Sproul and have some wonderful photos from the talented Ken Martin to record our memories.

Jessica Wilber had a great week, culminating in a tricolor victory pass at the top of the Amateur English Pleasure Championship with her QVM National Anthemn GCH. This team came from third to first in this division, so they really stepped up their game. Switching outfits, tack and horse, Jessica then piloted Merriehill Roxie Hart GCH to a first in Hunter Pleasure Amateur. 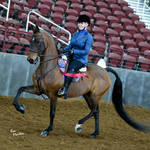 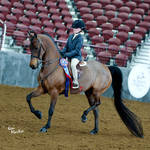 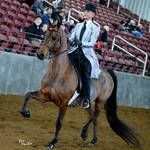 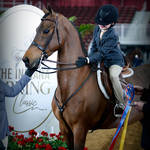 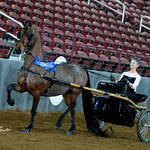 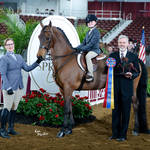 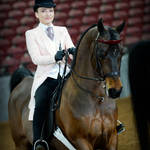 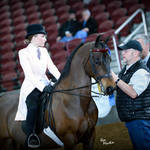 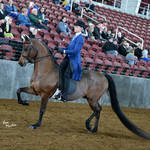 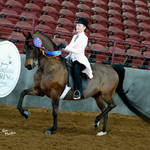 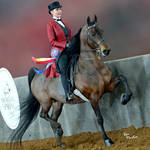 Kacy Lawver and Hells Bells CH earned a very respectable Reserve Championship in Classic Pleasure Saddle, one of the toughest divisions of this show. Also earning top five honors in this class were Bonnie Miller and RCV All The Rage GCH, who also won the Classic Pleasure Driving Ladies.

Cameron Gruenberg made a clean sweep of the Junior Exhibitor Classic Pleasure Saddle division with wins in her qualifier and the championship on Queens American Idol GCH. This pair gets better every year! And just to prove they’re more than performance stars, Cam and her best guy also won the Morgan Saddle Seat Equitation 13 & Under class.

Al and Kris Breyer always have a nice entry for the Western Pleasure division and their beautiful Minion Millennium daughter, Newmont’s Mila Belle CH jogged to victory in the Open Western Pleasure, turned in a red ribbon ride in Ladies and wrapped it up as the Western Pleasure Champions at this show. Becky Gruenberg did the honors in the saddle for the Breyers.

Our Walk-Trot riders were in good form as Emily Enke rode a great class with Gail Kelce’s Town Affair GCH to take the top honors in Hunter Pleasure Walk/Trot 11 & Under Championship. They moved up from third in their qualifier, proving the determination of this team.

We’re looking forward to our next show, the longstanding Prairie State Classic on May 31st through June 2 in Woodstock, Illinois!